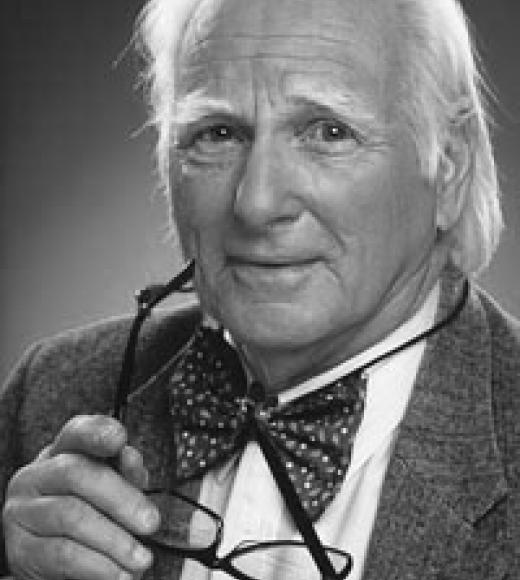 We note here the passing of pioneering American gas chromatographer Walter G. Jennings on July 5th, 2012. Walt, as he preferred, died peacefully at home surrounded by family. He was 90 years old. Walt was known as a tireless researcher, innovator, entrepreneur and teacher who, while at the University of California at Davis and throughout his long career was a strong advocate of gas chromatography and its utility as a practical tool for solving many problems in a wide range of scientific areas. While his academic and business accomplishments are significant he is best known for the relationships he made with the scientists and colleagues he touched as a collaborator, mentor and teacher, supporting investigators with his experience, thought provoking instruction, helpful advice and encouragement.

Walt was born on March 2, 1922 in Sioux City, Iowa. He spent his formative youth in Glendale, California where he was an average student with a focus and inclination toward anything mechanical; especially fast cars, a fascination that stayed with him his whole life . From 1940 to 1942 Walt was on a survey crew for the Union Pacific railroad, often traveling by mule across the unforgiving terrain in Southern Nevada, California and Arizona surveying for the railroad. In 1942 world events set in motion a course that defined the remainder of Walt’s life. He served with decorated distinction in combat from 1943 to 1945 in the US Army in Europe. Returning home to Glendale he followed the advice of relatives that owned a family dairy in southern California and used the GI Bill to finance an education in dairy science.

The educational path led Walt to the University of California at Davis where the planned quick degree in Dairy Science, fueled by Walt’s passion for food chemistry, turned into a 38 year career that went from undergraduate student to emeritus Professor with a bachelor’s degree in 1950, a master’s degree in 1952 and a Ph.D. in 1954. His initial areas of research were in the areas of chemical sanitation efficiency and kinetics associated with food processing equipment, but Walt’s interest in flavor chemistry became a driving force to develop new technologies to unravel the chemical composition of flavor. He quickly came to understand the role that gas chromatography could play in this research and his team successfully identified the critical flavor components in the Bartlett Pear, a significant accomplishment in 1965. With support from the USDA he built the first gas chromatograph at the university in 1955. At this time discovery and innovation in gas chromatography became as important as the flavor work. Over the next 20 years there were a string of continuous innovations including developments in CO2 extraction, inlet liner technology, ferrule technology and column and phase technology. During a visit to Europe in the late 60’s Walt was exposed to glass capillary chromatography and he instantly realized its potential. On his way home from Europe he made a side trip to purchase and bring home one of Klaus Hupe’s earliest glass drawing machines. Immediately the team in Davis began drawing tubing and developing excellence in capillary gas chromatography and column making. At that time the capillary columns were in great demand from forward thinking chromatographers and the columns from Walt’s Davis lab were much sought after in the United States. In 1974 Walt and a graduating student, Rob Wohleb, founded J&W Scientific manufacturing capillary GC columns from a garage. The company became quite successful and began innovating in the field of column technology, developing chemically bonded stationary phases, improving deactivation and developing a range of phases that are the standards in the industry today. At the time of its sale to Agilent Technologies in 2001 J&W Scientific was the world’s leading manufacturer of capillary GC columns and employed over 150 people at its location in Folsom California.

Walt was a productive researcher, with over 200 publications in the field of gas chromatography including eight books and several book chapters. His Gas Chromatography with Glass Capillary Columns, Academic Press, 1978 and Analytical Gas Chromatography, Academic Press, 1997 are considered classics in the field. He and his students made significant contributions in flavor chemistry, coupling capillary GC and MS, selectivity tuning in capillary columns by phase blending, computer modeling of optimum and practical gas velocities and the achievement of ultra high resolution (2,000,000 theoretical plates at 4000 plates per second!) with recycle chromatography.

Also during this time Walt became a highly sought after lecturer in this new field and to the consternation of the University his schedule was very full as he traveled around the United States giving lectures on the advantages and practical aspects of capillary gas chromatography.  Walt often delivered more than 30 lectures and mini-workshops a year at leading chemical companies, symposia, research centers and universities. He enjoyed these activities immensely and his lecture style and enthusiasm for the field captivated audiences of analytical scientists. Walt continued lecturing, albeit at a reduced pace well into his 80’s.