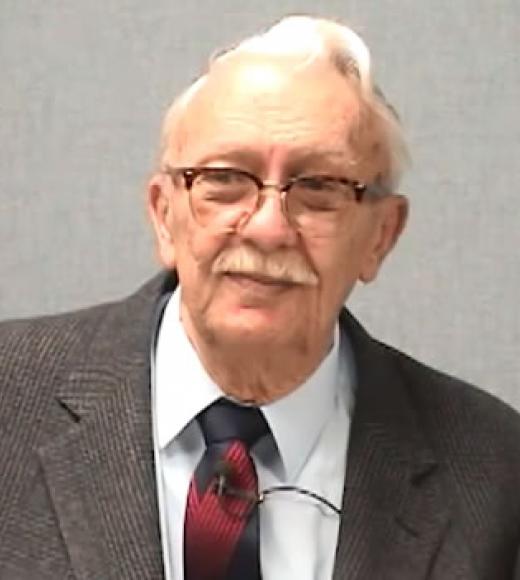 Martin Wesley Miller, professor emeritus of the food science and technology department at UC Davis, died after a short illness on April 23, 2005, in Sacramento. He was 80.

A graveside service will begin at 11 a.m. Thursday at the Davis Cemetery. A reception will follow at Sudwerk, 2001 Second St. in Davis.

Born Jan. 8, 1925, in Belden, Neb., to Emma B. and Dr. Earl E. Miller, his early years were spent in Scotia and Culbertson, Neb. His mother died when he was 7 years old, and his father, the town doctor, died in 1939. He and his younger brother Stephen lived in foster homes until his graduation from high school.

He tried to enlist in the armed services when Pearl Harbor was attacked in 1941, but was refused because he was underage. On the night he graduated from Culbertson High School in May 1942, he turned down a scholarship to the University of Nebraska and took a job overseeing a rail shipment of cattle to California where he joined his half-sister, Mae.

He worked various jobs until he found a recruiter who looked the other way and enlisted in the U.S. Navy, where he served as a radioman first class stationed in Honolulu, until his discharge in 1946.

During his service, he met and fell in love with Patricia Meyer of Oakland. They were married July 11, 1948, in Berkeley, where they were both students. He studied bacteriology while at UC Berkeley and received his bachelor's degree in June 1950.

On Jan. 16, 1952, their first child, Stephen, was born. After receiving his master's degree in food science in June 1952, Martin and Patricia moved to West Sacramento so he could continue working on his doctorate, working closely with Emil Mrak in the department of food science and technology at UC Davis. Son Craig was born in 1954 and daughter Susan in 1956.

He received his doctorate degree in microbiology in 1958 and the family moved to Davis, where he resided until his death.

He was an internationally recognized expert in food science. He had two books and numerous scientific articles published in the fields of food dehydration, food microbiology, fermentation, food spoilage by yeasts and molds, yeast taxonomy and ecology.

He was a researcher and consultant to the dried fruit and olive industries, as well as in international program activities in food science in Brazil, Saudia Arabia and Egypt. In 1964 he received a Fulbright Senior Research Award to Australia and the National Science Foundation Japan Society Science Award from 1967 to 1969. He was a Fellow of the American Academy of Microbiology and the Institute of Food Technologists.

He was said to have loved working with the students and was a popular lecturer. He also served as master student adviser for the food science undergraduate major for many years, mentoring students from countries all over the world.

He retired from the university in 1988, although he was recalled for several years to teach upper division and graduate bacteriology and mycology courses for which he was uniquely qualified. He remained in touch with many of his former students until his death.

His family said he loved the outdoors and was an avid fisherman and camper. Early in their marriage, he and Patricia often backpacked in Yosemite and climbed Half Dome. He also enjoyed playing cribbage and got involved with genealogy, tirelessly researching his own family's history and Patricia's as well.

He will be remembered for many things, including his pipe, his whistle, his cheerfulness and his sense of humor.

He is survived by his wife of 56 years, Patricia Miller; his son, Stephen Miller; his daughter, Susan Hoffmann and her husband Jeff; and his grandchildren, Melissa Miller, Heather Hoffmann, Stephanie Hoffmann and Jason Hoffmann.

He is further survived by his brother, Stephen and his wife Arleen; and many nieces and nephews.

The family requests that remembrances be made to the Friends of Davis Arboretum or to a charity of the donor's choice.