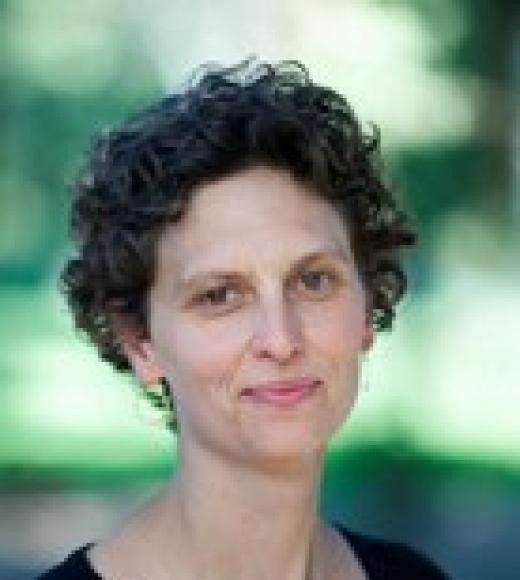 Social and cultural aspects of eating habits in the United States with special interest in the culture of food and health.

Dr. Biltekoff's research focuses broadly on the beliefs and values that inform American eating habits and specifically on the cultural aspects of dietary health. Her recently published book, Eating Right in America: The Cultural Politics of Food and Health (Duke University Press, 2013) investigates the history of dietary ideals and their relationship to social ideals. It argues that despite the seeming objectivity of norms of good health, dietary advice has historically served an important ideological and political role. The book examines four different dietary reform movements and shows how each was shaped by social concerns and provided dietary advice that reflected norms of moral personhood and good citizenship. Her current research project entails in depth interviews aimed at understanding the factors that drive subjects’ food choices and how those factors interact with subjects’ conceptualizations of “a healthy diet” and “good choices.”

This course is about why we eat what, and how, we do. Together we will ask a lot of questions about American eating habits: Why is it so important for families and communities to come together at the table (but not put their elbows on the table)? Is cooking an expression of creativity and power for women, or a sign of their oppression? Are we really what we eat? Should we love or loathe convenience foods? What kind of role should responsibility play in our choices about what to eat? What should the future of food look like? We will use many disciplines (history, sociology, anthropology, consumer research) and analyze many different kinds of texts (images, TV shows, films, newspaper articles).
* This course will soon be cross-listed as FST 55

Breakfast, lunch and dinner are inseparable from larger questions about culture, power and identity in the United States. In this class we rethink the meaning of what is on our plates. We explore the way in which food expresses identities, establishes social hierarchies, forms families, and serves as a bridge between cultures. What are the cultural politics of eating in “ethnic” restaurants? Are tacos American food? What is so important about family meals? What does it mean to eat a Big Mac in China? We explore these and many other questions about the relationship between food and culture through a range of creative methods that includes field work in local restaurants, film and television screenings and a final project that entails creating your own food exhibit.

This class is about the relationship between food, health and culture in the United States. What does it mean to examine dietary health from a cultural, rather than a scientific, perspective? We explore questions such as: Where do our ideas about food and health come from? How are beliefs about dietary health influenced both by science and culture? What is the relationship between food, health and morality? Between food, health and identity? Who gets to define dietary health? The class focuses on the ways in which lessons about food and health are communicated (nutritional guidelines, dietary reform movements, school food programs), how the food industry sells the idea of health and manages perceptions of health risks related to new foods (natural foods, functional foods, organics, biotechnology), and issues related to the relationship between body size and health (anorexia, dieting, obesity).

This course focuses on the “fuzzy front end” of new product development, which includes trend monitoring, consumer insights, idea generation, concept screening, and, finally, new product concept presentations. Students will act as researchers throughout the course, engaging in projects that will help them to understand food consumers and the current marketplace, and identify and target gaps in that market. Students will explore grocery store shelves, deconstruct popular products, conduct ethnographic observations of shoppers and use focus groups and web surveys to screen and refine new product concepts. Finally, they will pitch new product concepts to a panel of experts.